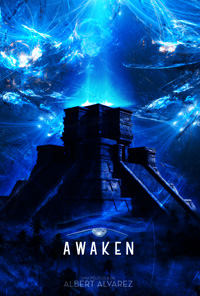 The Awaken movie project started in 2010. Fantastic style and artistic character. This trailer is created as a promotion by taking the planes of the animated storyboard (lowpoly characters). The production with the final quality began in mid-2011. Unfortunately, the production stopped a few months later due to a mechanical failure in one of the discs.

Six strangers appear in a spaceship without having any idea how or when they got there. They soon discover that they are on a journey to stop an ancient race that tries to avoid the evolutionary awakening of all humanity.